'I have no business praising myself to you. But who can I trust to do it for me?'
-- Marcel Proust 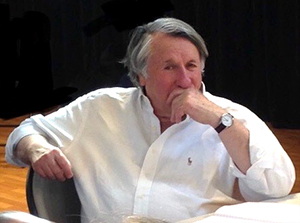 “Life is much more successfully looked at from a single window,” F. Scott Fitzgerald writes in “The Great Gatsby.”

I’ve leap-frogged from journalism to non-fiction books and collaborations, from the dominant online service of the early years of the Internet to an online cultural concierge, from screenplays to novels and plays. There was a reason for these creative jumps. More often than not, other people — editors, producers, and agents — were involved in my assignments and choices.

As a magazine journalist, my editors often determined what I was going to write about, so I covered everything from Hollywood celebrities to prep school sex scandals. I’ve been a ghostwriter and a collaborator; the common thread is my admiration for the CEOs and artists I’ve worked with. Ideas for my own non-fiction books and novels came as often from chance encounters and random conversations as from long-held obsessions. Screenplays are all one-offs. My two plays — about Henri Matisse’s late-life masterpiece and Birkin bags — couldn’t be more different.

This site is a partial anthology of my work. There’s a lot that isn’t here, because I started writing for a New York newspaper when I was 16 and a national magazine when I was 19 and I wrote some pieces to support a book I published when I was 22 and then I became a full-time journalist — and all of that was decades before there were computers or the Internet. So the Greatest Hits you’ll find here all have links.

After stints at The New York Times Magazine, New York, and Vanity Fair, I discovered the Internet. In 1997, a few months after I co-founded bookreporter.com, I was appointed editorial director of America Online. I helped create great programming and left in 2003, eager to return to books and scripts.

Well, not entirely. I launched Head Butler in 2004 as a cultural concierge “for people with more taste than time.” I thought I’d write a few hundred reviews and move on; 2,000 reviews later, I still share my favorite books, music, and products four days a week.

But most days you’ll find me collecting copyrights.

That means fiction and theater. Coming soon: a novel, “The Next Dalai Lama,” and a play, “Bringing Home the Birkin.”

For now, welcome to my archives.